I received a Bellefit corset for review purposes, but all opinions are my own.

As a large family mom, I have carried six babies to term and gone through the postpartum process six times! Since having three babies in three years, one area of my postpartum body that hasn’t fared very well is my tummy. Today I’m going to talk about my postpartum belly one year later, and fill you in on the Bellefit corset with a review! 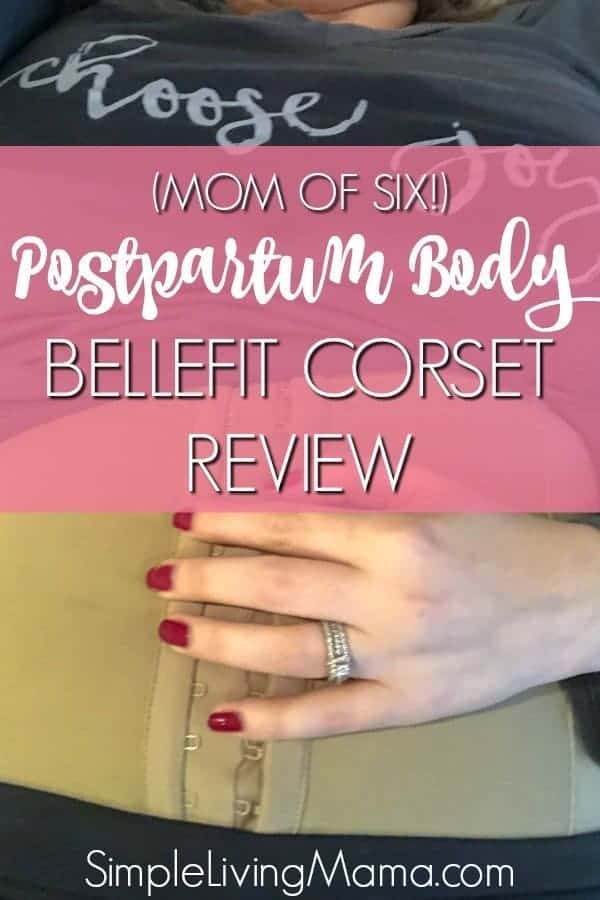 So, I’m going to be real with y’all and it’s not necessarily fun, but here’s my story. My first three babies are each almost exactly two years apart. After each of those pregnancies, I was able to get back to my pre-baby size within a year. I was actually confident. Even after delivering a 9 pound baby, my belly went back. 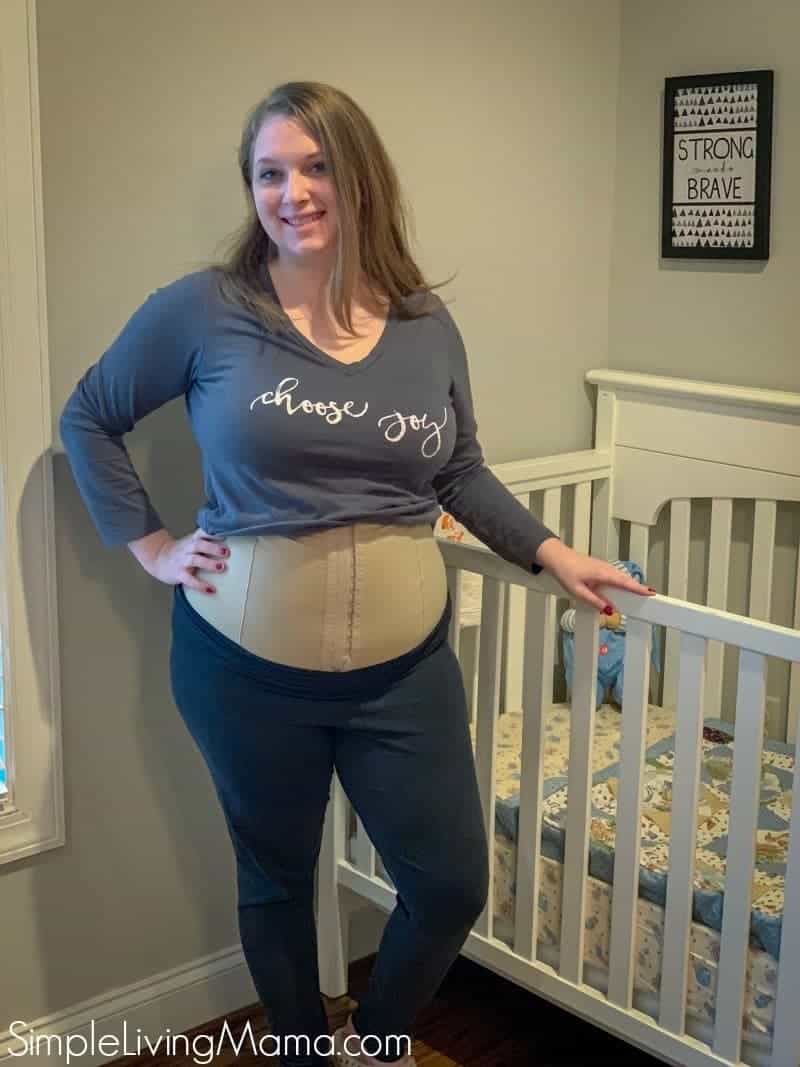 When my third baby was a year old, I went through a twin miscarriage. I lost that pregnancy in the first trimester, but it was tough. I got pregnant with my fourth full term pregnancy about four months after my miscarriage. My hormones were a wreck, I was a wreck. I ended up conceiving my fifth baby when #4 was only five months old. I didn’t even know I was pregnant until I was physically sick from the pregnancy because my hormones had been so out of whack. 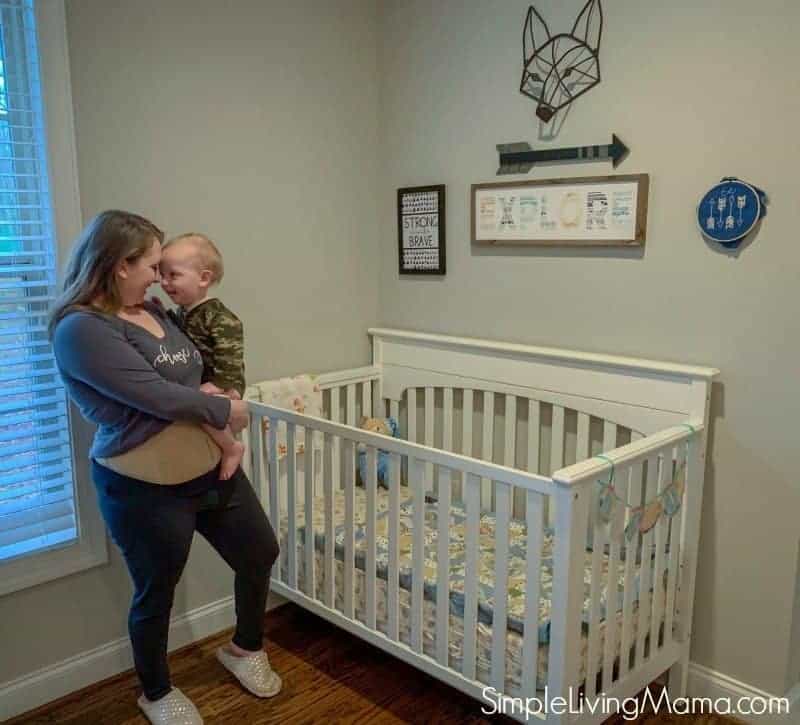 So, my fifth baby was a shock! My body was no where near being back to my pre-baby size and I was miserably sick with her. It was rough! When I finally delivered her, I learned she was my biggest baby at 9 lbs. 11 oz.

After I gave birth to her, I knew there was something off in my abdomen. I actually thought I might have a hernia and went to a gastroenterologist. After a CT, it was determined I did not have a hernia, but I did have significant abdominal separation (diastasis recti). I literally had to hold my abs in when I coughed forcefully, sneezed, or vomited.

Because my hormones had been so whacky, I decided to forego any type of hormonal birth control, and surprise, at 8 months postpartum I was pregnant again with baby #6.

Now, here I am one year postpartum. I have lost the weight from baby #6’s pregnancy, but still need to lose the weight from the two pregnancies before that. My abdominal separation causes me a lot of back pain, although I have healed it enough that my insides no long feel like they are going to pop out when I sneeze.

Since I’m still dealing with some abdominal separation and back pain, I decided to give the Bellefit corset a try even though I’m a year out from having my last baby.

I didn’t expect the corset to shrink my belly, but I wanted to see if it would give me some support while I go about my day to day business.

It is so comfortable. It holds my belly in and gives me confidence. I stand up straighter and my back pain is diminished while using the corset. I wish I’d had it to wear right after I had my baby.

The Bellefit corset works whether you’ve had a c-section or vaginal birth. It is considered an FDA registered medical device and is made with hypoallergenic fabric. The compression provides support while still allowing you to move. There are two rows of hook and eye closures, which allow you to adjust the compression.

Use code SIMPLE20 to save $20 off your Bellefit!

How To Lose Baby Belly After 1 Year 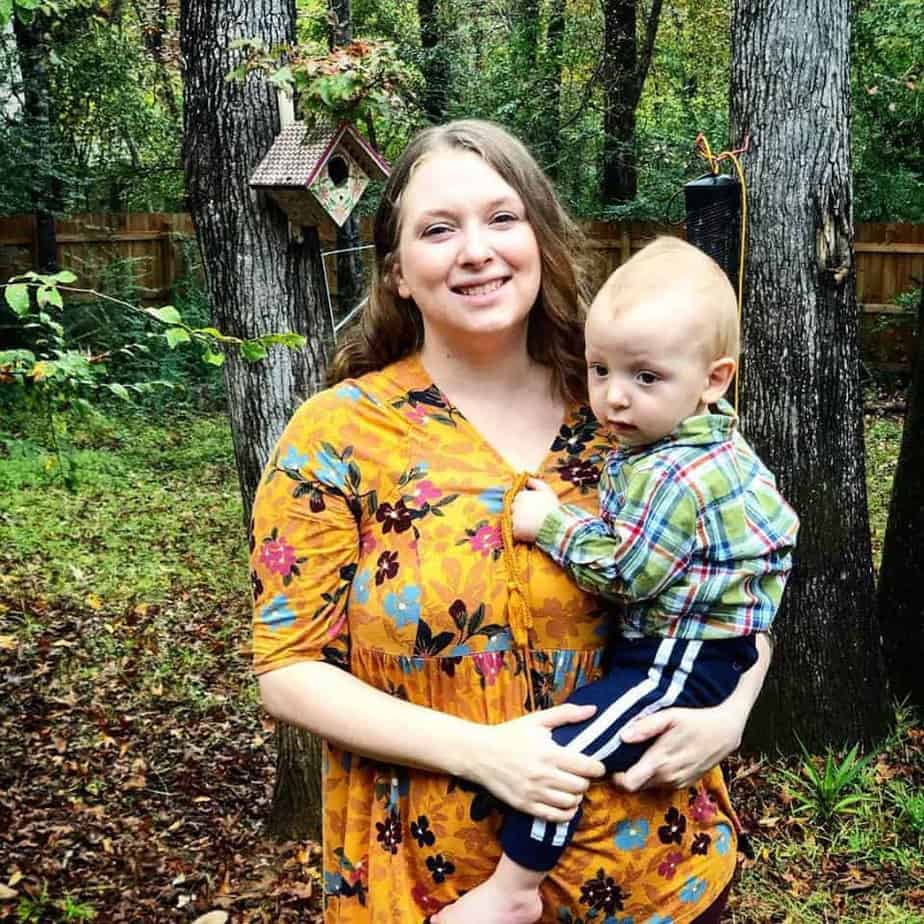 Now that my baby is a year old and no longer needing to nurse what seems like ALL.THE.TIME, I’m making more time for self care. For me, that looks like wearing my Bellefit corset and beginning a fitness program that is modified for mamas with diastasis recti. I have about 40 pounds to lose. I’m hoping to report more on the specific program I’m using in a few months, but I’m exercising and working hard to close my abdominal separation, which is considered mild to moderate at this point.

My Bellefit corset helps my posture and holds my waist in to its hourglass shape. I’m hoping that over time, it will help me reduce and shape my waist so that it is somewhat similar to what it was before I had babies. I never intend to be as small as I was at 20 years old, but I have a goal to get back to where I was after I had my third baby!

If you are considering having a baby, or you are pregnant, I definitely recommend Bellefit for your postpartum time. It really does help you feel more like your old self!

Don’t forget to use code SIMPLE20 for $20 off your Bellefit!

Why I’m Grateful for my Postpartum Body 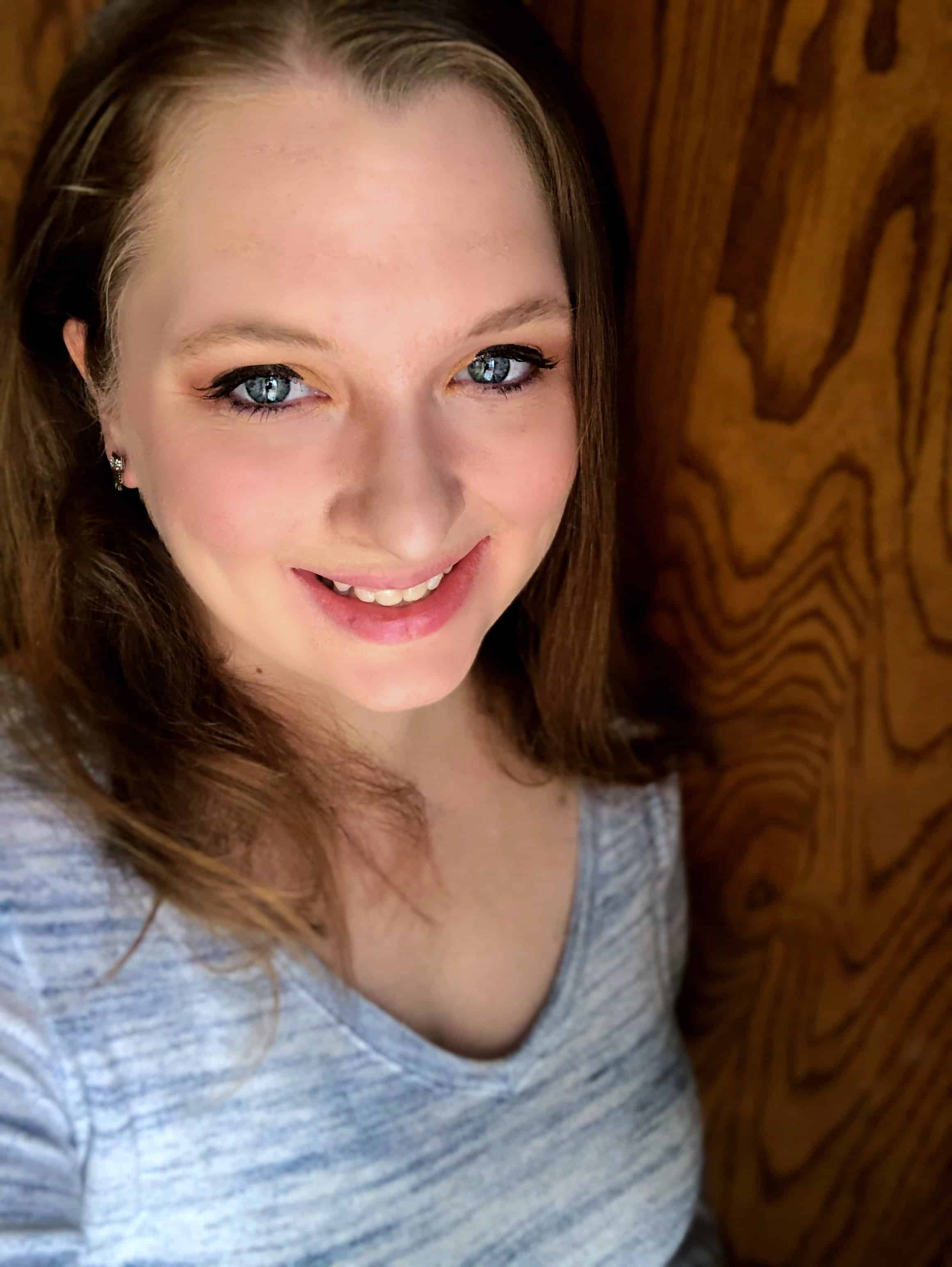 We finished week 1 of Creation with My Father’s